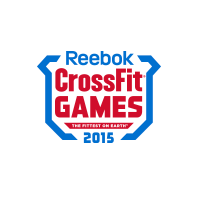 To the 2015 CrossFit Games has ended for me. It ended early this year, earlier than I really wanted, but the journey is at an end. I ended the Master’s qualifier in 27th place worldwide which was 7 places and 34 points out of the top 20.

This has been a tough year. After two years of training that resulted in a #6 finish in 2014 and two years of relatively injury-free training this past year has been injury riddled. These injuries can be laid on a number of doorsteps. The worst was purely accidental…tripping while handstand walking that resulted in a spiral oblique fracture on my right hand…on January 11th. Oh well…that sort of thing happens. I put most of these problems on a couple of factors under my control…I didn’t rest after the games last year. I came home fired up to really kill it in 2015 and my body rebelled. I lost focus on my diet. I lost focus on my sleep as well. These two areas are being re-tooled as I write. And due to the injuries I have no choice but to rest.

Next week I will be re-setting goals and creating a plan with my Coach for continued progress and next year’s campaign.

There are some people who I need to acknowledge and Thank for their help and support over the last year.

First, my partner Ellie McKenzie…She has been walking this journey with me every step of the way. And she has had to put up with my bad moods and cranky nature way more than anyone should. I know it’s hard to believe but I am a little difficult to deal with when I am hurt. Ellie…Thank You so much. Your love and perseverance got me here and keeps me here in the game.

Second, the CrossFit Odyssey community…I have been blessed with some of the greatest people in the world here in our box. You support me in ways I never thought possible. Even though my results were not what I wanted I still feel successful and loved. Thank you Thank you Thank you.

Third, my coach Tino Marini and the entire team at CrossFit Invictus. I know I am pig headed and don’t always listen the way I should but with your continued guidance and gentle (ha-ha) insistence I am getting better!

Fourth, my sponsors, KinetikChain…Drs. Clayton Hall, Landon Webster, and Ed Le Cara who have managed to keep my broken body on the playing field at my insistence, Joan Gould (and Loren Bertocci), Proanox and Bio-complete who have kept me in “PR” juice all year and Box Command the software guys that power the good ship Odyssey.

Fifth, CF masters, J.D. and Tigers Den CrossFit, CrossFit Dallas Central and the entire Dallas CrossFit community…without all of you this thing just wouldn’t be any fun at all!

You have seen this quote before but it really is true and never more so than now:
“Satisfaction lies in the effort, not in the attainment. Full effort is full victory.”
-Mahatma Gandhi

Ellie McKenzie January 27, 2023
Schedule Your free intro
Talk with a coach about your goals, get the plan to achieve them.
Start Now