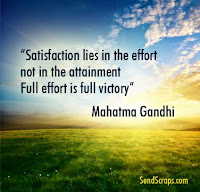 Amanda Allen, who I met last year at the 2014 Reebok CrossFit games (and who was the 2014 champion for the women 40-44) recently, wrote an article about what it takes to go to the CrossFit games. You can read it here:
http://breakingmuscle.com/functional-fitness/do-you-have-what-it-takes-to-go-to-the-crossfit-games

The article is aimed primarily at the young among us. Those 20 something wanna-be fire breathers who think that with just a couple of tweaks in their training they could compete with the best in the world. As she so succinctly points out, that probably isn’t going to happen.

The article got me thinking and comparing her points to my own experience. I dedicated a solid 2 years to getting there in 2014. I have written about that process before. My journey here in 2015 has been even harder than those years.

There are younger men coming into the age group. I can’t do anything about that. Diet and nutrition is hard to maintain over long periods of time. What worked 2 years ago is not as efficacious as it was. I have been constantly injured in the 8 or 9 months since the games, including a broken hand that almost took me out completely.

I love to train. I love to pick up weight and move it around. I love to push (punish) my body to see how far I can take it. I love that feeling when the work out is over and you have gone into that dark dark place and come out the other side. That pain has me feel alive.

I know there are other athletes who want to go to the games, who want to earn their shot. But I am not willing to just throw in the towel. I like to win but most of all I like to compete. The win is not in the outcome or the podium place. The win happens every day, all alone in the gym, just a barbell, some weight and the voice in my head drowning out all the other voices telling me to stop or slow down. That voice is the one I choose to listen to. That voice says “You can”, “you will”, you must”. So I do.

“Satisfaction lies in the effort, not in the attainment. Full effort is full victory.”
― Mahatma Gandhi

Ellie McKenzie January 27, 2023
Schedule Your free intro
Talk with a coach about your goals, get the plan to achieve them.
Start Now